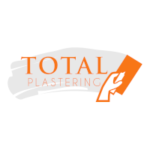 Paul did an absolutely amazing job on my house. It was a replastering job and I was expecting a lot of dust, as he had to remove the old plaster before putting on the new plaster but there was practically no dust or mess at all as he tidied up at the end of the job so well. He is a conscientious worker and a really lovely guy. I have no hesitation in recommending him for work and I will be hiring him again for similar jobs in the future.

After a friend recommended Paul, we initially asked him to plaster our living room but as he did such a good job we then asked him to plaster our hallway, stairwell and landing. Paul could not be more helpful and we were particularly impressed with how clean and tidy he left the place when he had finished as we have had used other tradesmen who leave the place in a mess. Once we had saved up enough money for our external rendering we didn't hesitate to use Paul and again we were equally as happy with the job he did, we can’t recommend him enough.

Have you seen our banners outside White Court School? We are proud to be supporting the FOWCS Christmas Fete by donating a £150 raffle prize. facebook.com/events/s/fowcs-christmas-fair/891178464839827/ ... See MoreSee Less

Total Plastering updated their info in the about section.